We’re wrapping our three-part Launch Fizzles series (if you haven’t seen Part 1 and Part 2 yet, here they are) with another frequent non-flyer: The Krahmflop.

Here’s how it sounds:

Funny word, but not funny when it happens. 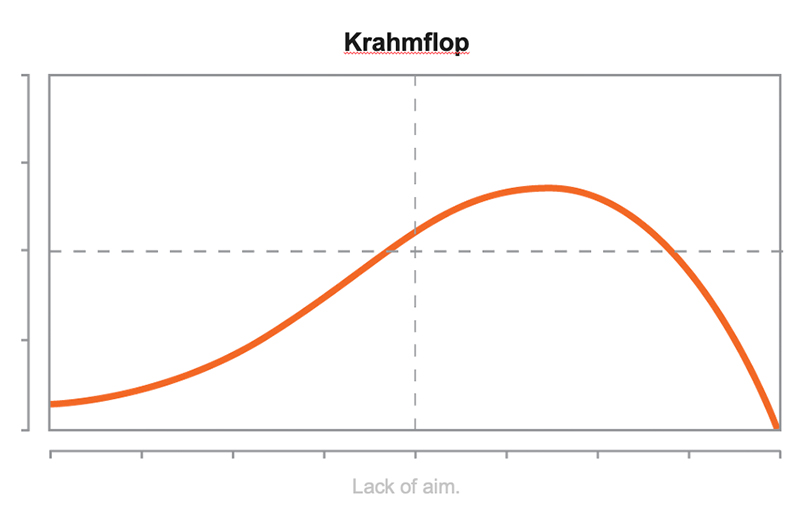 What’s sad about a Krahmflop is that the thing being launched is the subject of so much internal love, excitement, and buzz. It’s your precious child. But then it goes out into the world and it’s like a kid who can’t get a seat at the popular table.

After all kinds of buildup and fanfare, it turns out that the marketplace is massively indifferent. It’s Gatsby during his early years.

When a Krahmflop happens, it can usually be chalked up to poor aim. Aim, as in targeting the powerful, emotional needs and wants of a particular audience. Maybe it wasn’t crystal clear who the real audience was. Maybe nobody bothered to do the homework and learn what really drives those people.

Maybe it was a “build it and they will come” mentality.

On the other hand there’s that old chestnut: “If I had asked people what they wanted, they would have said faster horses.” Henry Ford may or may not have said it, but no matter. The point is, there’s something to be said for innovation guided by vision and conviction, rather than a narrow response to customer feedback.

Even so, losing sight of the customer in the product definition and design process, and letting a fixation on innovation obstruct your focus on them is risky.

If your company gets all excited about new and not needs, there may be a Krahmflop in your future. But don’t worry, the would-be flop can be flipped. We’ll help you fly.